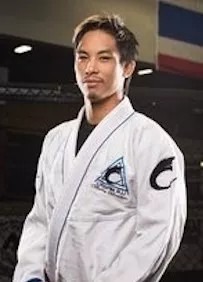 Crispim BJJ Barra Brothers in Pleasanton is proud to have Jeremiah Labiano as a Brazilian Jiu-Jitsu Instructor and the MMA Program Director. He is also a personal fitness trainer and a Professional MMA Fighter and BJJ Competitor.  And in 2018, Jeremiah became one of the owners of the San Ramon academy.

Jeremiah has been training Brazilian Jiu-Jitsu with Alexander Crispim since 2008 and earned his black belt in 2014. Jeremiah met Crispim through a friend who trained with Crispim for several years. Jeremiah’s friend used to teach him moves in his living room and after awhile, he decided it was time to begin training in Jiu-Jitsu in a more formal environment. His friend eventually introduced him to Alexander Crispim, and Jeremiah says, “I instantly fell in love with the sport.”

Jeremiah states, “The reasons why I continue to train are because I love to constantly learn and I’m a competitive person. I love to compete! I have the mentality that there’s always someone out there who’s better than me so I have to stay on top of my game at all times. Also, I feel like no matter how far I make it

I’m always going to be a student for life because there’s always something new to learn and that’s why I love this martial art.”

Jeremiah “The Kid” is also a Professional Mixed Martial Art (MMA) Fighter. His current record is 9 wins and 3 losses. The majority of his wins came by either TKO and Submission. Jeremiah currently holds two belts – Rebel Fighter and West Coast Fighting Championship and is currently fighting for Bellator. He also holds many victories in Brazilian Jiu-Jitsu Gi and No-Gi tournaments.